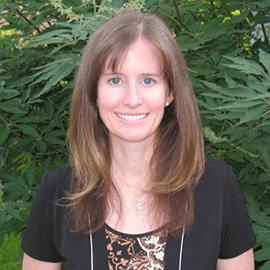 Leslie Schwindt-Bayer is the Associate Dean of Undergraaduate Education. She received her BA at Virginia Polytechnic Institute and State University in 1996. She got her Master’s degree in Latin American Studies at the University of Arizona in 1999 and her Ph.D. in Political Science at the University of Arizona in 2003. Professor Schwindt-Bayer joined the Rice faculty in 2013. Her major areas of research include comparative politics, legislatures, representation, Latin America, and gender and politics. She was a U.S. Fulbright Fellow in Colombia in 2003, and in Fall 2008, she worked at the University of Notre Dame as a Visiting Fellow at the Kellogg Institute for International Studies. Professor Schwindt-Bayer is the author of Political Power and Women’s Representation in Latin America (Oxford University Press 2010), co-author of The Gendered Effects of Electoral Institutions: Political Engagement and Participation (Oxford University Press 2012), co-author of Clarity of Responsibility, Accountability and Corruption (Cambridge University Press 2016), and editor of Gender and Representation in Latin America (Oxford University Press 2018). She also has written numerous articles in journals including the American Journal of Political Science, Journal of Politics, British Journal of Political Science, Comparative Political Studies, Legislative Studies Quarterly, Electoral Studies, Politics & Gender, and Perspectives on Politics.